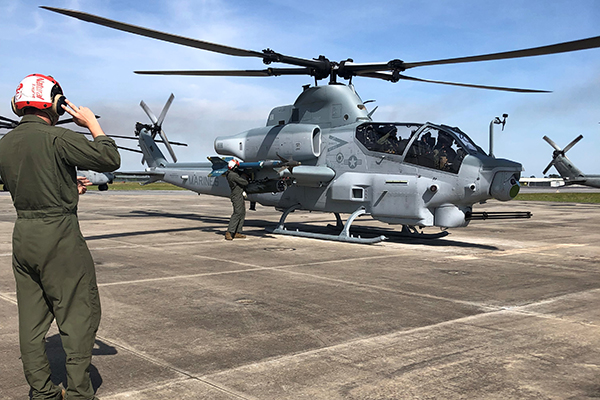 Since the birth of the nation, Jon Rowell’s ancestors of nearly every generation have served as American soldiers.

Growing up, he felt intense honor, pride and a need to serve his country in the same way. After graduating high school in Raleigh, North Carolina, Rowell enlisted in the Marine Corps and began his lifechanging journey. Throughout his time in service, Rowell was an Aviation Ordinance Technician. Simply put, he was responsible for loading ammunition and explosives into helicopters. The more experience he gained, the more responsibility he earned.

Over time, his role grew into quality assurance inspections and safety observation. He became responsible for leading teams and junior Marines, which further taught him how to develop young talent. Operating on tight deadlines, each of these positions required quick thinking, collaborative effort and a balance of leadership and teamwork.

“We were also responsible for flight schedules,” Rowell said. “Similar to construction, it would have milestones that needed to be done by this date or time. So, it might say, ‘This helicopter is leaving at 2 o’clock in the afternoon, it needs to be loaded and ready to go by 1.’ And we might have an hour or so to get it done. It was a fast-paced job.”

When Rowell was honorably discharged from the Marines as a Sergeant, he struggled with what was next for him. He called his former high school shop class teacher, letting him know that he was on the hunt for a new career opportunity. In a turn of what would now seem like fate, his teacher invited him to join him and his class for the annual Associated Builders and Contractors of the Carolinas Build a SHED competition – SHED alternately standing for “Students Hands-On Experience Day.” At his former teacher’s advice, Rowell brought a few resumes along to give to local contractors who were there volunteering.

Shortly after the competition, Rowell received a call from Robins & Morton Superintendent Mike Dare. He wanted to meet with Rowell to see if he would be interested in learning the ropes in healthcare construction. Rowell met Dare and the Robins & Morton team at Duke University Medical Center in Durham, North Carolina, and accepted a foreman position. He’s been there ever since.

Rowell said that his time in transitioning out the military and entering a new industry has been full of learning, but many of his skills from the Marine Corps have proven invaluable. The unpredictable, high-tempo work he experienced while enlisted prepared him well for construction, where no day is the same and you have to rely on others to work alongside you to problem solve. The military also taught him to be humble – you can always learn from someone else and being comfortable with asking questions when you don’t understand is key. He also believes that mentorship is important, and has experienced a similar camaraderie with Assistant Superintendent Blake Sayers. In only a short time, Sayers has worked to teach him, push him and grow him, both personally and professionally.

Above all else, Rowell said that he feels thankful that construction provides a pathway for veterans leaving the military.

“I still have a lot to learn, and I feel like the team [at Robins & Morton] went out on a limb and said we’ll train you,” Rowell said. “The opportunity I was afforded was a lot more than I could ever ask for, and I’m just really grateful for that.”

Today, Rowell resides in Raleigh, North Carolina, with his wife. Outside of work, he enjoys hunting and traveling with his family.